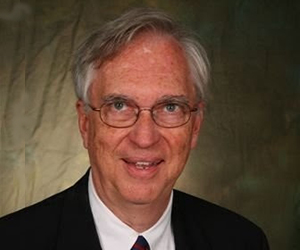 Dr. Stephen R. Matteson, Professor, Dept. of Developmental Dentistry, received his D.D.S. degree from the University of Pennsylvania in 1962. After two years as a general dentistry officer in the United States Air Force in North Carolina, he returned to his native state of New Jersey and practiced general dentistry for ten years. In 1973, he sold his practice and completed a residency in Oral Radiology at the University of Connecticut Health Center. He then joined the faculty at the University of North Carolina School of Dentistry and served as Director of Radiology from 1975 to 1988.

Steve was recruited as Chair of the Department of Dental Diagnostic Science at The University of Texas Health Science at San Antonio Dental School in 1988 and served in that leadership role until 2000 when he retired and was appointed Professor Emeritus in 2002. He returned for a second career in academics and service to the profession in 2005. He was a key figure in establishing the Dental School’s, NIH funded, Evidence-Based Practice CATs program and was also appointed Editor of the Texas Dental Journal. As TDJ editor, Dr. Matteson was recognized with multiple national and international awards including the American Dental Association’s Golden Apple Award, the International College of Dentists Outstanding ICD Publication in 2011 and the Golden Pen Award in 2012. As editor of Texas Dental Journal he nurtured scholarly efforts of our faculty and students.

Dr. Matteson passed away in 2014. He will be remembered for his many contributions to the dental profession. In the 1980’s, Steve led the national panel that developed the original FDA-sponsored radiographic selection criteria for dentistry. He served as President of the American Academy of Oral and Maxillofacial Radiology and the national Supreme Chapter of Omicron Kappa Upsilon, the dental honor society. He was also founding director and President of the American Board of Oral and Maxillofacial Radiology. Steve’s national leadership efforts were instrumental in obtaining specialty status for Oral and Maxillofacial Radiology. His research focused on radiographic diagnosis. He published over 60 articles in the scientific literature and served as Radiology Section Editor of Oral Surgery, Oral Medicine, Oral Pathology, Oral Radiology and Endodontology. At the time of his death, Dr. Matteson served on the Board of Directors of the Texas Dental Association, and was an active participant in an oral and maxillofacial radiology group practice.