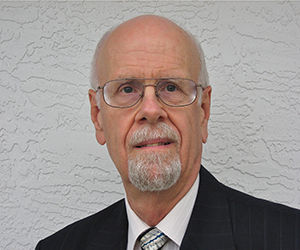 R. Curtis Lundeen, DDS, MS received his BS (1969) and DDS (1973) degrees from the University of Michigan, and a certificate (1985) and MS degree (1986) from the University of Texas Health Science Center at San Antonio. He became a Diplomate of ABOMR and ABOM in 1986. He served on the faculty of Oregon Health & Science University School of Dentistry from 1974 to 2002, first in Oral Diagnosis and then in Oral Radiology. He was also a Forensic Odontology Consultant for Multnomah County and for the Oregon State Medical Examiner.

Dr. Lundeen’s service to professional societies included American Dental Education Association (Committee to Revise Curriculum Guidelines for Predoctoral Oral Radiology), International Association of Dento-Maxillo-Facial Radiology (Scientific Organizing Committee and Abstract Review Board for 11th Congress), and AAOMR (14 committee assignments including the Ad Hoc Committee on Specialty Recognition). He served on the Editorial Board of OOOO&E (1997-2002). He served on the ABOMR Board of Directors from 1994 through 1998, as its Secretary/Treasurer 1995-97, and as its President in 1998.

In retirement, Curt enjoys volunteering as a sea turtle nesting monitor, as well as genealogy, photography, and back-country kayaking in southwest Florida.