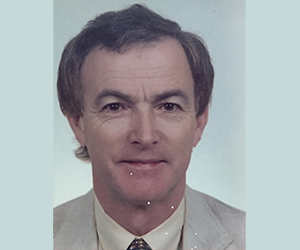 Kevin practiced general dentistry in Ireland and England before coming to the US for graduate study.

Kevin’s hobbies include philately, photography, swimming, cycling, motor and motorcycle racing (as a spectator of the latter two).