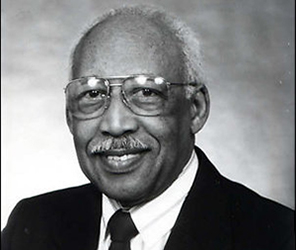 Coleman Reed Tuckson’s life exemplified the highest ideals of dental professionalism translated into service to his nation. His long and multi-dimensional career demonstrated a single-minded commitment to the principle that all people, regardless of social circumstances, should have access to the highest possible quality of dental and medical services. He was a leader who refined and contributed his expertise through 30 years of distinguished service to the Howard University College of Dentistry; the PI PI Chapter of Omicron Kappa Upsilon; the leading professional journals in his field; the American Academy of Dental Radiology; the Board of Oral and Maxillofacial Radiology; the Offices of the Surgeon General of the United States Air Force and the Assistant Secretary of Defense for Health and Environment; and the Food and Drug Administration; among others.

The first member of his family to graduate from high school,and a racially segregated one at that, Dr Tuckson, over the length of his professional life, touched the majority of African-American dentists practicing during his times. He was proud that in 1962 he established the Department of Oral Diagnosis and Radiology at Howard, and that he was later given the opportunity to serve as the College of Dentistry’s Associate Dean for Advanced Education, Research and Special Projects.

In a career full of accolades, perhaps there was no honor that was more meaningful to him than his election in 1985 as President of the American Board of Oral and Maxillofacial Radiology. It shouldn’t be difficult to imagine his emotions as he stood before his respected peers and teachers as their President, especially after decades of struggle for equality in dental education and tireless advocacy for his professional discipline. Coleman Tuckson was proud to be an oral radiologist. He fully lived his profession and consciously augmented his skills through his passionate avocation as a semi-professional photographer. It seemed to his family that he lived much of his life under the peculiar glow of safety lights and assaulted by the acrid smells of various developing solutions.

Simply put, Coleman Reed Tuckson’s life represents a true American success story. Rising from humble beginnings and ascending to the highest academic recognition, his legacy provides an inspiring example of a dignified health professional who consistently cultivated his expertise and translated it into principled and ethical service to the benefit of his community and nation.